We’ll Repair your Appliances the Same-Day you call

We have strategically located a Alex Appliance technician on call near you in Maple and elsewhere in the GTA.No matter which of your appliances isn’t performing as you wish – be it your washer, dishwasher, dryer, oven, stove, or more – we can be there with our fully stocked repair vehicle within a matter of hours and have your appliances up and running again in no time at all. Schedule your repair visit for evenings, holidays or weekends if you prefer – we will book our services around your working day.

We train all our Alex Appliance technicians to make competent, effective, reliable repairs the first time around. Our professional personnel are polite, friendly, and very good at what they do. We will fix your appliances to your 100% satisfaction every time we make a repair Keswick Innisfil Hamilton.

With our fully-equipped repair vehicles loaded with replacement parts from all the major manufacturers we strive to resolve most appliance malfunctions in just one visit. This saves both you (and us!) time and hassle and means we can keep our prices competitive and always affordable.

Is your fridge too warm and food is getting spoiled? Perhaps your fridge is too cold, and food is freezing. Condensation, sweating and dripping pools of water can also happen and we’ve seen it all – and more! Our repair vehicles are fully stocked, and our personnel are highly skilled! Call Alex Appliances today for fast and effective fridge repairs in Maple. Alex Appliance technicians are in the Maple neighbourhood at all times for all your fridge repair needs.

Is your washing machine overflowing with bubbles? Perhaps it has it stopped working completely? Our Alex Appliances technicians in Maple know diagnostic tricks and come prepared with all the spare parts in their repair vehicles, which they most often need to make the repairs on the spot. If your washing machine is giving your problems and you are looking for same day service, call Alex Appliances today.

Is your dryer not turning on? Maybe your clothes are coming out of the dryer still damp? No need to worry! Our technicians at Alex Appliances will be able to diagnose the issue with your dryer, and have it back to working order in not time. Our repair vehicles are equipped with the most common parts for dryer repairs, so we will be able to complete the repair in the same day, saving you time and headaches. Call Alex Appliances for all your Maple dryer repair or service needs.

Has your dishwasher stopped draining? Do the plates still come out dirty? At Alex, we can diagnose the reason your dishwasher has been malfunctioning! We carry spare parts with us that will bring your appliance back to life in no time at all. For reliable Maple dishwasher and other appliance repairs, call today and enjoy our same day service.

Is your stove not  heating up or is it carbonizing your food? Don’t go hungry – call Alex Appliances today and we’ll send out one of our skilled Maple technicians to perform a same-day stove repair. We bring all the spare parts we possibly need for the most common stove malfunctions. It is very likely that we will be able to resolve your problem in just one visit. Call Alex Appliances today to set up your same day Maple stove repair appointment.

Is your roast chicken not roasting? Or the cheese on your gooey, movie-night nachos refuses to melt?  Why not call Alex Maple Appliance repair to send out one of our highly skilled technicians to come and take a look. Our trained team is very familiar with all  main brands of oven and carry hundreds of replacement parts in their repair vehicles ready to be used. Get back to your nachos in no time! – call us today to receive a quote and ask about our same-day Maple oven repair service.

We can also provide services such as kitchen mixer repair, which requires you to bring your item in-store to the nearest Maple location for repair. We give you a free quote and diagnosis of your problem before our technicians proceed to work on your repair. Household appliances is not where it stops however, we also offer condo appliance repair services in Maple and surrounding areas. 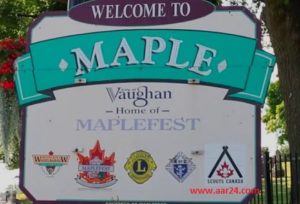 Maple is a high-growth suburban community, part of the city of Vaughan, Ontario in York Region, northwest of Toronto. As an unincorporated area, it does not have clearly defined geographic boundaries, but it grew around the former village of Maple, centred at the intersection of Major Mackenzie Dr and Keele St in Vaughan.

The west branch of the Don River rises to the northwest and flows 1 km west of Maple. Several creeks are to the east and the Black Creek begins slightly west of Vellore. The Oak Ridges Moraine is to the northeast which supplies a lot of water to the Greater Toronto Area. 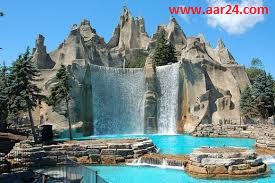 Black Creek flows in the west, the Don River flows to the northern and the eastern part. York University Keele Campus lies to the south of Steeles Avenue, within the city of Toronto.

The founding families of Maple were the Noble and the Rupert families. The Nobles settled around the present Major Mackenzie Drive and Keele Street intersection in the early half of the 19th century. In 1852 the town was called Noble’s Corner after Joseph Noble, the first Postmaster. Later, a Doctor Rupert lived in Maple and was such a respected member of the community that the town’s name was changed to Rupertsville. Local folklore associates the name “Maple” with the numerous Maple trees once found along Keele Street in the town. Maple was dominated for most of the 19th century by the more prosperous towns of Sherwood and Teston. Keele Street was then a boggy swamp area that forced most travelers to take alternate routes. Once the Ontario, Huron, and Simcoe Railway built a line through Maple, the town began to grow. The station was then called Richmond Hill. The Canadian National Railway bought the line in early 1900 and the station was renamed Maple.[4] 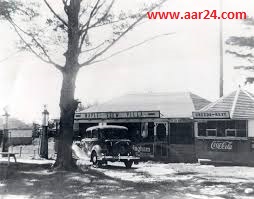 Maple, as a centre of agriculture, was enhanced with the proximity of the CNR line, as well as the growing urban development of Toronto. A major Ontario Dept. of Lands and Forests Office was situated here in the 1960s. Housing developments began in the 1960s in the southwest, as well as replacement of homes damaged in the August 1962 fire and explosion at an Industrial Propane Depot. Massive housing developments did not began until the 1980s in the northwest nearer McNaughton. In the mid-1980s to the late-1980s between the Don River and the CN line south to Rutherford.

A gravel pit was in the area north of Major Mackenzie and from the CN line to Dufferin Street. This became the Keele Valley Landfill, which was owned and operated by Metropolitan Toronto and later by the city of Toronto, and began receiving much of the GTA’s garbage when the Beare Road Landfill in Scarborough reached capacity and was decommissioned. The landfill was closed on New Year’s Eve 2002 when it had reached its capacity. The site has become reserved for the “Eagle’s Nest” golf course, and other developments which will occur in the future once the buried waste decomposes sufficiently.[5] 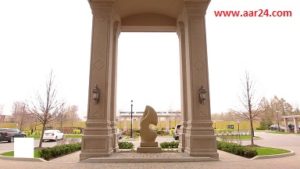 Larger housing developments began to pop up near Teston between the 400 and Weston and Kirby near Pine Valley and Greenock near Weston and Teston and to the northeast near Bathurst and Teston with a golf course. 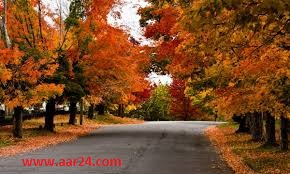 Most recently there is a new subdivision being developed in the eastern part of Maple between bounded by Dufferin, Major Mackenzie and Rutherford Road. The name of the area is Thornberry Woods/Eagle Hills/Mackenzie Chase. Some of the builders include Greenpark Homes, Treasure Hill Homes, Tiffany Park Homes, Royal Pine Homes, Century Grove Homes, Primont Homes, Edenbrook Homes and Fernbrook Homes and Remington Homes (Thornhill Valley). Some of the street names like “Peter Rupert Avenue” reflect the history of Maple. This new area is directly south of Eagle’s Nest Golf Course. This area known as Block 18 has just started development. Its proximity to Richmond Hill, Thornhill (also part of Vaughan) and the Golf Course are making the area very high demand and it is showing in the prices. “Upper Thornhill” (a misnomer name, given to the area by developers for marketing purposes) bounded by Dufferin to the west, Bathurst to the east, Major Mackenzie to the south and Teston to the north is popularly considered a part of Maple.

Outside Maple, Vellore to the southwest used to serve as the municipal office for Vaughan until the late-20th century when it was moved to Maple. Today, the old town hall of Vaughan is a landmark.

The Lebovic Jewish Community Campus has been built to the north west of Bathurst St. and Rutherford Rd. intersection, almost at the border with the Thornhill. Padres Shalom Cemetery is a Jewish cemetery located on south side of Maple Downs Golf Course (on Dufferin Street north of Teston Road) and the resting place of notable businessman, philanthropist and theatrical impresario Ed Mirvish and his wife Anne Macklin. The branch of the Upper East Don River runs through the cemetery and the neighbouring golf course.

Maple is home to one of the largest mosques in Canada. Baitul Islam Mosque is located on Jane Street south of Teston Road, where a planned subdivision named Peace Village was established in 1999.